In praise of "Gone to Drift" by Diana McCaulay: 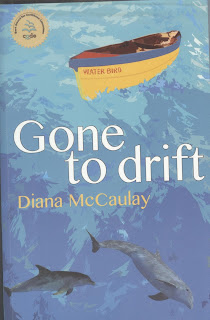 
This is a beautiful book. If it were a painting it would be in tones of grey and shades of blue for the sea, and for the land,  tones of beige and green, with splashes of colour added by the people who travel across its landscape. And I would buy it instantly for fear of losing it.


This may seem like a strange way to begin a book review, and maybe this is not really an actual book review; maybe it’s more like in praise of good writing, a good story, and the environment. This last may seem too obvious to mention because we know that the author is a well known environmentalist. However, this book is not just an opportunity to recognize the importance of the environment; it is a hymn to it. You cannot read this story and come away unmoved by the significance of our environment and its importance to the characters in the story, and  to the island.


The setting is the environment; more specifically the sea. The characters and  the sea are entwined in a dance, an embrace, which we  soon understand, can at any given time act  in favour of the human characters, or not.  It is this overarching character,  the sea, unmoved one way or the other by all that is happening,  and bearing  no animosity to anyone, that  forms the backdrop to this story.  This sea can bring you a bounty, yet you can get lost in it, gone to drift.


Of the two main human characters, one is Lloyd, a young boy, who is worried about his grandfather, who has not returned from a fishing trip, in what  Llloyd perceives as good time. None of the other characters, mainly fisher families, Lloyd’s family, those who interact with them along the various coastal areas, seem to be very worried. You are left to wonder if, as they suggest, that perhaps there is nothing wrong;  Lloyd is unduly anxious. On the other hand, you wonder if it is that they do not wish to make Llloyd feel any more worried than he is. You fear that they know something that he does not, that they are not telling him the whole truth.


The other character is Gramps, Lloyd’s grandfather, whose voice Lloyd can hear  in his head, “I come from a line of fishermen.”  This is as powerful as if the statement were, “I come from a  line of kings.” We believe this, a line of greatness.


Gramps  also tells his story.  And so we have the two stories, Llloyd looking for his grandfather, using any means necessary, his good friend, Dwight, the Coastguard, Jules, the lady who cares about the dolphins, his mother, his ne’re-do-well father, his grandfather’s friends; and Gramps’  story of his own father, his many brothers, all fishermen, and his mother. We come to care about Gramps’ family, as well as for Lloyd, whose determination and bravery in his search for Gramps often astounds us.


It eventually dawns on us that Gramps is not on any of the main cays off the coast of the island,  but is stranded on what seems to be  a mere rock in the sea. The tension is created  not only by Lloyd’s search for his grandfather, the question of how  dolphins fit into this scenario, and whether his grandfather can be found in time, but also by seeing the  old man himself wondering how long he can survive on little crabs and rain water, the latter coming  sporadically.


The author uses the device of alternate chapters for each of these two human characters, so that we can measure Lloyd’s attempts against the will of his grandfather to survive. It works; we are not distracted; rather, we  are caught up in the emotion of the situation.


The language is measured, like a tale told on dark nights by lantern light, increasing  the feeling of  being at the mercy of the elements.  Descriptions are rich, as  seen in Gramps recollection of a sunrise.


Then I realised that  I could see my hands and feet as a grey light stole across the sea. And to the east I saw the sky turning into a hundred different colours from the blue of a summer day to the dark purple of the thickest squall, from the pale pink of the inside of a conch shell to the bright orange of a ripe mango, until the round ball of the sun itself came up and the colours of the  sky spread over the water and even warmed our faces. I knew then that the best place to see a sunrise was at  sea.


It is for this reason alone that you cannot hurry through this book. Even as the mystery deepens, you need to stop to see what the characters see, to feel what they feel.


Then, suddenly you may be caught unawares, by an intervention into this beauty, alerting you to  danger, which may be lurking, as in Gramps’ description of his brothers going to sea:


It was late when they left and I thought the night was darker than usual.  We stood on the beach and watched them go. The boats made a ragged triangle formation, like a flock of birds, and for a few seconds their wakes were visible. Then they pierced the night and disappeared.


And you understand  in the sameness of their going to sea, the routines of their lives, the power of  nature, of the dark, of the night, of the sea.


The dialogue, which is a mixture of standard Jamaican English, and what I like to call a modified Creole, is well handled. It effectively represents  the mother tongue of our people, but does not become so deep as to make it difficult to read, or for the book  to travel to other countries. From Lloyd to his grandfather, to Jules the uptown girl, their voices ring true.  And this use of language, this love and respect for the sea, for the creatures of the sea, bridges what could be social differences and makes us one.


Consequently, just as you come to respect the environment,  you come to respect the people who depend on the sea, and their way of life. The author does not allow you to feel any  pity for the difficulty of their lives.  This is a great skill, to describe another life with empathy. You may even begin to think that like Lloyd and his grandfather,  these people are the salt of the earth, or the sea, their nobility in facing the dangers of the sea  surpassing those who make a safe living from the land. And then the author brings you back to reality. These people are no better or worse than people anywhere. They have their nobility, they have their heroes and their villains, and their awful betrayals.


This coming of age story of a boy called Lloyd, who loves his grandfather,  will leave many wondering about the meaning of it all, and yet Llloyd must make sense of it.


This book should be read in all schools. To say that a book should be read in schools, makes it sound like a textbook, or the over-worked literature set-books. However, I would want all our young people to read it, to discuss it, and that seems to be the only way to get it to them. This is a beautiful book. 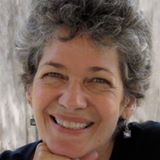